My mother's 6th anniversary in heaven

My father, my eldest daughter, my mother. At our house in Cadiz City, Negros Occidental, April 2010. After battling her kidney problem & Alzheimer's for several years, Mama has rested today. Bye Ma... am very sad... 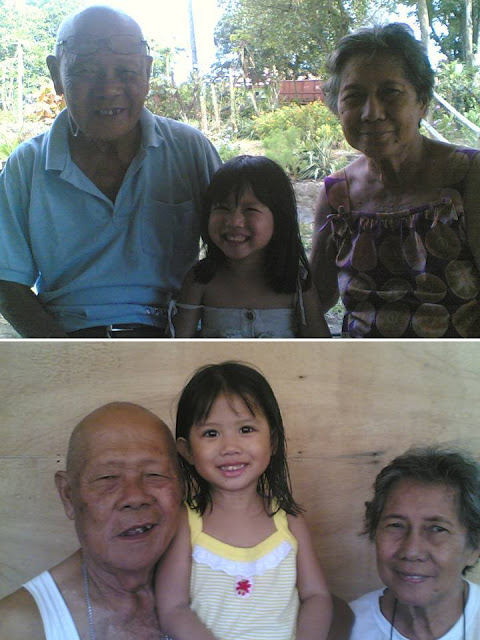 I thanked and greatly appreciate several hundreds of Condolence notes and comments from hundreds of friends. Thanks again, guys.

Papa is beside me now in front of Mama's coffin. He keeps crying.He keeps repeating that they have been married for 62 years now, that he has caused her some sadness in the past, he misses her. He does not want to come home after the burial on Sunday. My younger brother will host him in his house for a few days.

After Mama's burial. We're five siblings, from left: me, Manang Bebeth, Neneng Marycris, and Bobong. The fifth, our eldest Manong Nestor, died of prostate C with diabetes around 2005. My other photos during Mama's burial were in my other laptop that crashed. 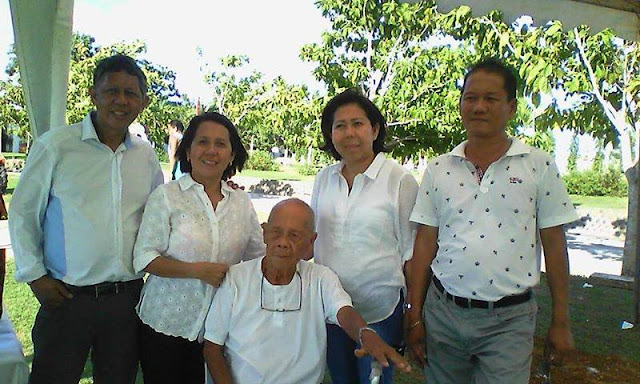 Mama and Papa together up there since 4+ years ago.