Today is All Saints Day, tomorrow is All Souls Day. I remember my parents, Papa Bienvenido "Ben" Oplas Sr., and Mama Consuelo Oplas.

Below, at Mama's burial in Cadiz City, Negros Occidental. We are five siblings, our eldest, Manong Nestor, died around 2007. From left, me (4th in family), Manang Bebeth (2nd), Neneng Marycris (3rd) and Bonifacio "Bobong" (5th, youngest). 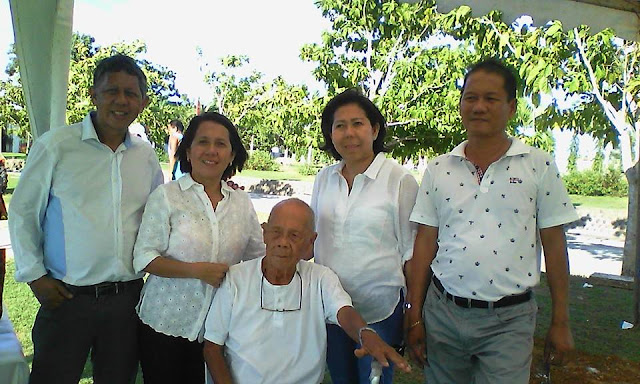 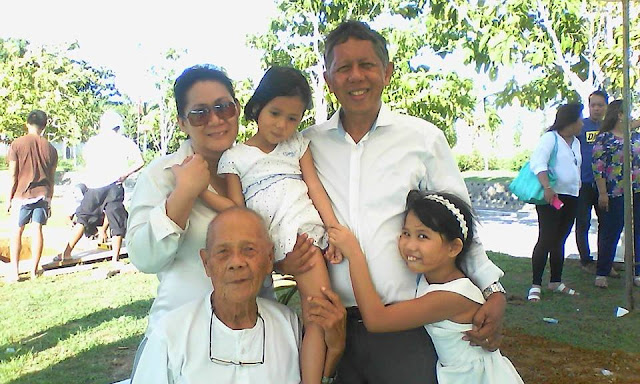 With relatives from Bacolod and Barili, Cebu. 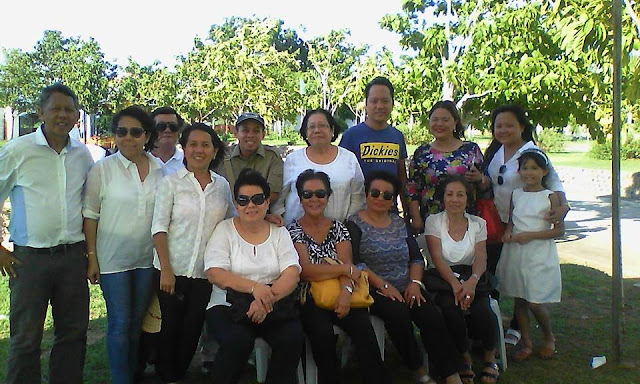 Papa and his grand children. Manong Nestor has 3 kids (Kim, Nessa, Krizza), Manang Bebeth has one (Marvien), Neneng has two (Guenevere and Lancelot), I have two (Elle and Bien) and Bobong has one (Lois). Below, Papa in the 70s, he was a Barangay Captain for many years in the province. 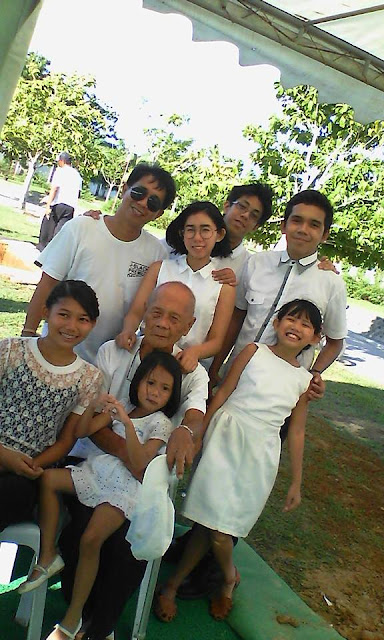 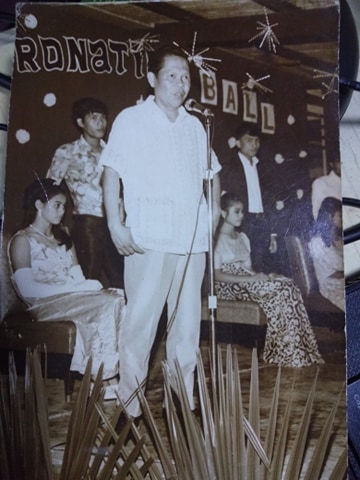 Manong Nestor, our eldest. He was bright, Valedictorian in elementary and high school. Then he went to Cebu Institute of Technology (CIT) and finished BS Chemical Eng'g, worked at Mobil oil for many years in Manila, pursued law, became a lawyer, then became a City Councilor in Cadiz for three terms, then City Administrator. He died of prostate C with diabetes at a young age of 52 yo. 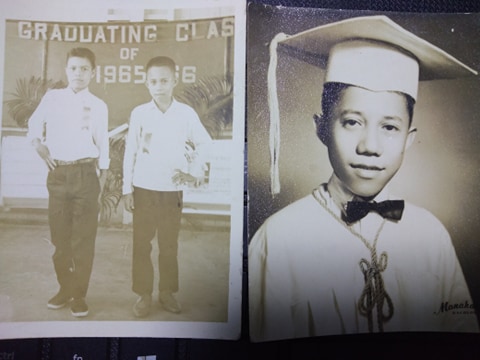 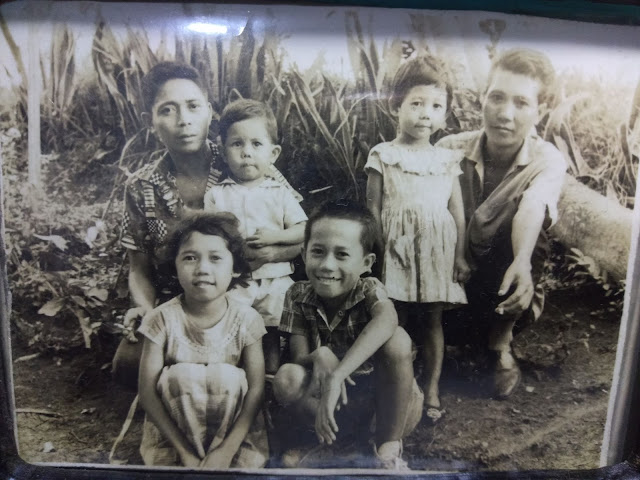 An old photo at a river near our house in Lag-asan, Cadiz City. In the front were me, Manong Nestor, and Bobong. Manang Bebeth in white glasses behind Manong. 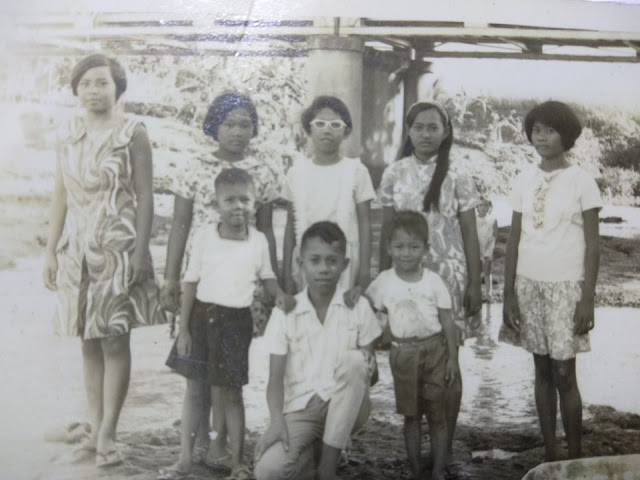